Back to projects
Back to all
Previous project Next project
Public Building
Location: Christchurch, New Zealand Turanga is the largest public library in Christchurch, New Zealand. It opened in October 2018 and replaced the Christchurch Central Library that was damaged from the 2011 earthquakes. The 5-story facility is the flagship for the Christchurch City Libraries network and welcomes approximately 3000 visitors each day. But beyond its aesthetic appeal, the $92 million building has become a focal point for students, families and community groups with some saying it’s now the ‘city’s living room.’ Turanga manager, Chris Hay, said that the ‘Vision of the library is for community resources to particularly have a focus on equity of access and opportunity for everyone.’ With word from locals, the buzz around town, social media comments and media, it is clear that the socially significant building is already well loved by Christchurch.

In conjunction with Jacobsens flooring, Tredsafe supplied the stairnosings, trims and Connexx entrance matting for the library. Two sets of AA231 have been used on each step and each profile has two 13mm Neutral Black inserts.

Connexx matting used in the entrance way of the library

The project has already won various awards such as: 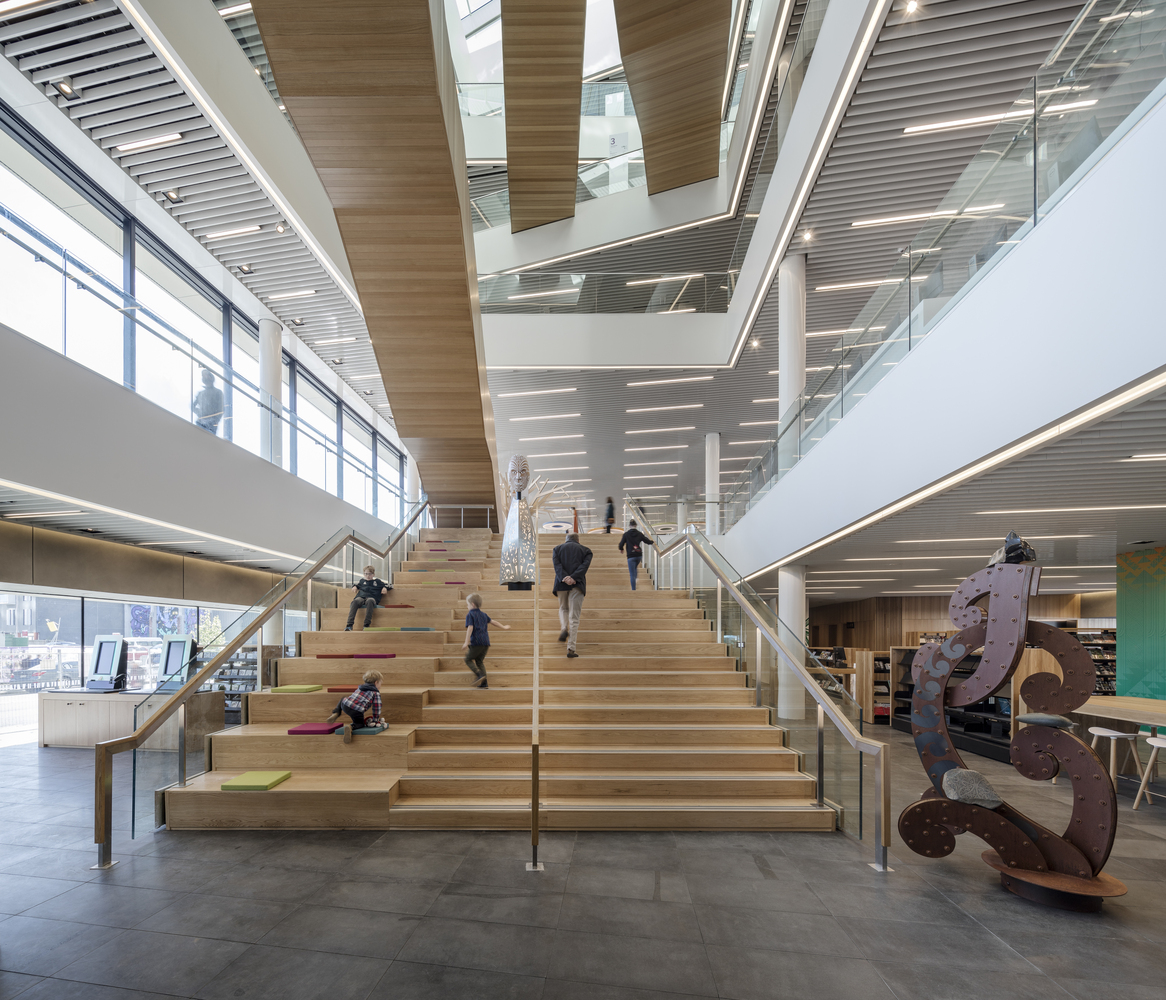 Products used in this project

Ready to discuss your project with us?

Are you visiting from the U.S.A? Visit the U.S.A. website for more relevant information.